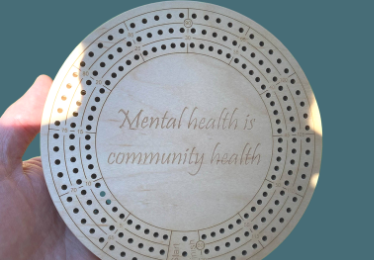 On September 1st, the Training Institute hosted a training with a unique and special group of foreign visitors from Africa. Organized by the Department of State, representatives of 13 African nations, including Burkina Faso, Guinea, and Mali, visited the United States for three weeks to review the government’s strategies to combat international human trafficking by examining the formulation, administration, and enforcement of U.S. policy on the national, state, and local levels. The goal of the visit was to explore initiatives to recognize, protect, and assist victims of abuse and trafficking, including victim recovery and reintegration programs. The last leg of their U.S. visit was a visit to People Incorporated for a training session on Vicarious Trauma and Compassion Fatigue before flying home the next day. This was the fourth time the Training Institute has been invited to lead a Department of State training; our other visitors were from South Korea, Iraq, and Latin America.

Wearing an earpiece for simultaneous translation into French by the team of Department of State interpreters, I led the session and walked participants through what for us is familiar mental health territory; definitions and conceptualizations of compassion fatigue, compassion satisfaction, burnout, empathic regard, the physiology of stress responses, and how to balance one’s autonomic nervous system through activation of the vagus nerve. Despite being, among other titles, the Head of Criminal Affairs, Head of Special Police, Counseling Manager for Women and Children Victims of Violence, and Director General of the Fight against Trafficking in Persons, they were not familiar with the concept of vicarious trauma, and particularly how the “Body Keeps the Score” to quote Van Der Kolk.

Discussion of the concepts was polite and somewhat restrained by the language barrier as well as the participants’ deference to the supposed authority of the speaker, but when the room opened up, there was, at times, lively debate that had a variety of culturally diverse voices. One discussion of “coping strategies” was postponed for further deliberation “on the bus” – I wish I could have heard that one. I do hope that the participants consider the role that constant exposure to trauma and chronic stress may be playing in their lives as they embark on what must sometimes seem like hopelessly difficult work. On reflection, I feel honored that our People Incorporated team was able to make a small contribution to their work as they strive to help some of the most marginalized people in the world.

Benin, Head, Service of Promotion of the Fight Against Child Labor, Headquarters, Ministry of Labor

Guinea, Head, Office for the Protection of Gender, Children, and Morals, Ministry of Security and Civil Protection

Niger, Director General, National Agency for the Fight against Trafficking in Persons and the Illicit Transport of Migrants